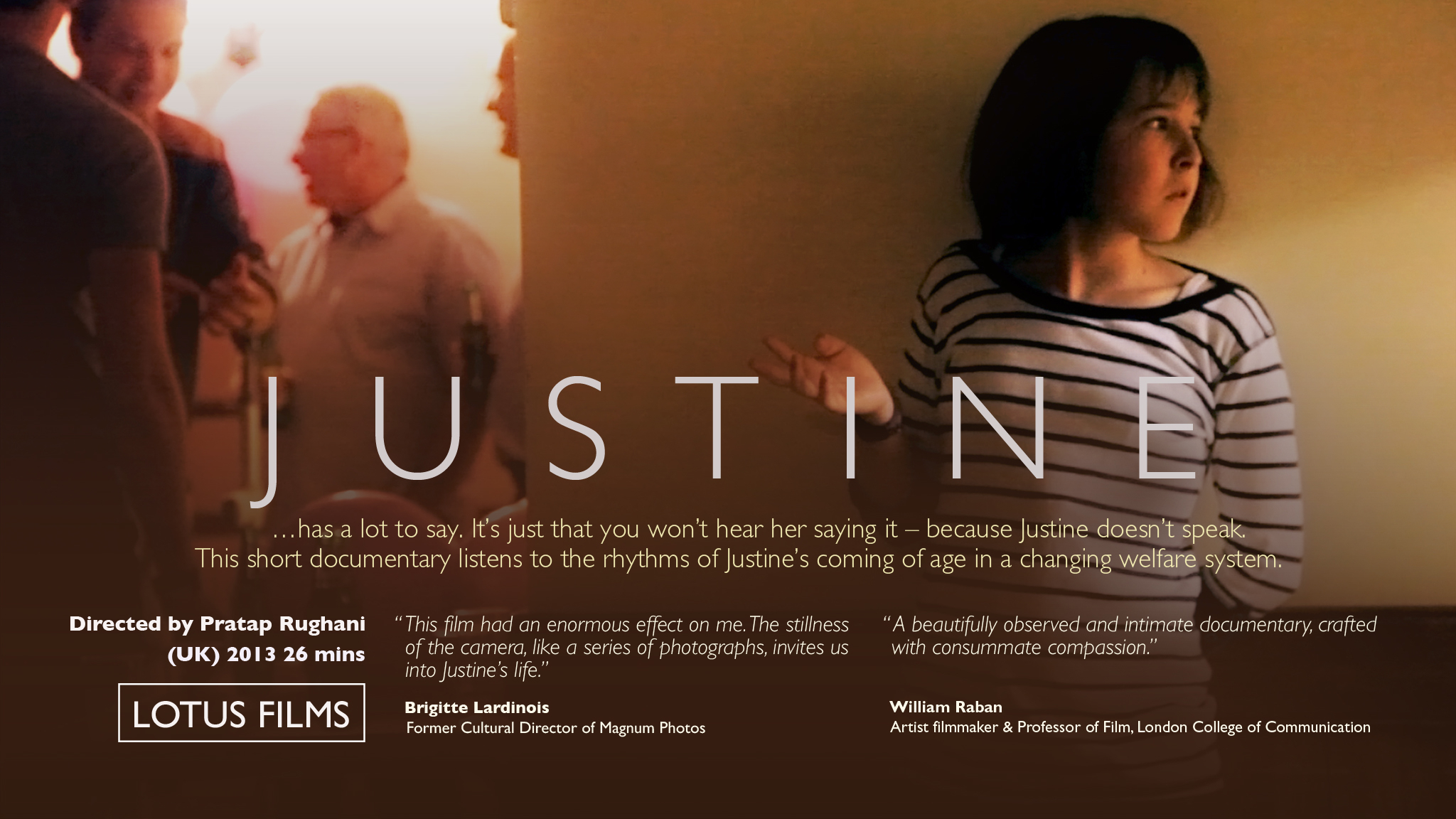 She communicates through looking, gesture and the body language of her movement and interactions. What can be understood across the language divide?

This documentary portrait of a young woman living with severe neurological disorders observes the close rhythms of her days in the run-up to her milestone birthday, at a crucial moment for Britain’s strained welfare system.

“Cinematically, the film represents Justine with breathtaking delicacy and sets a high ethical bar that challenges future filmmakers to rise to the same level of awareness and respect when documenting the lives of disabled individuals.”
Cineaste review of Justine by Deirdre Boyle, Winter 2015

Professor Michael Renov, one of the pioneering thinkers and theorists of Documentary Studies (of the School of Cinematic Arts, University of Southern California, L.A., U.S.A.) discusses the making of Justine and its relationship to the documentary tradition with director Pratap Rughani, and the absence of documentaries about people like Justine which refuse to be defined by a deficit model.

Listen to a short interview with Pratap Rughani on the research process of making Justine.

The Ethics of Participatory Research and Arts Practice, Tate Research Centre: Learning, at the Tate Modern

Justine screening and discussion May 6 2015 Biennale of Research Moose on the Loose event, LCC

Justine screening and Q & A @ the London Short Film Festival 2015