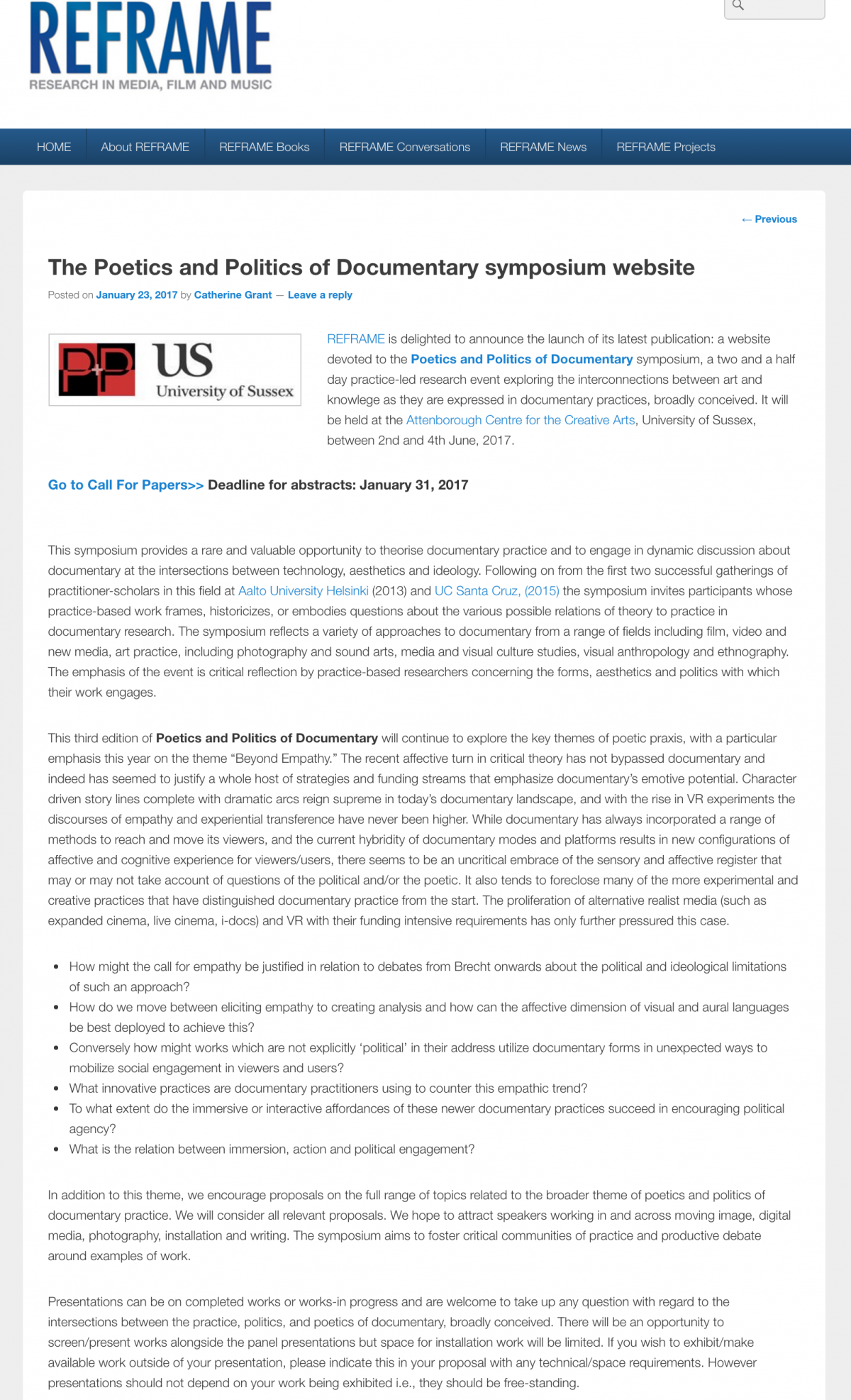 Pratap Rughani is chairing a panel prompted by Alia Syed‘s film On a Wing and a Prayer which is scheduled for 6.45 – 8pm on 2 June 2017 as part of Poetics and Politics of Documentary Symposium held at the Attenborough Centre for the Creative Arts, University of Sussex, between 2nd and 4th June, 2017. More here REFRAME .

Alia Syed‘s site-specific video installation On a Wing and a Prayer was displayed at the Stuart Hall Library from March-May 2016. Alia‘s work imaginatively recreates the journey undertaken by Abdul Rahman Haroun, who in August 2015 walked the entire 31 mile length of the Channel Tunnel in a bid to find asylum in the UK. He was arrested by the police and charged under the 1861 Malicious Damage Act; his trial is ongoing. On a Wing and a Prayer was part of the exhibition Migration Dreams and Nightmares, initiated by Nirmal Puwar (Methods Lab, Goldsmiths University), which responded to themes of migrant experience in John Berger and Jean Mohr’s novel A Seventh Man.